NEW ORLEANS, May 14, 2022 /PRNewswire/ -- Could your medication lead to erectile dysfunction (ED)? Is ED a sign of future health risks? Can lack of sleep cause ED? What is the long-term prognosis after the first-ever penis transplantation surgery in the U.S.? 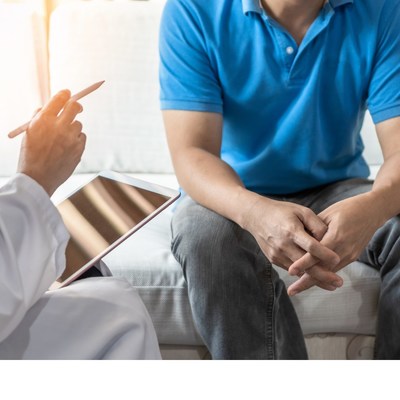 Researchers will be presenting these ED study findings at the 117th Annual Scientific Meeting of the American Urological Association (AUA). Petar Bajic, MD, assistant professor of urology at the Cleveland Clinic Lerner College of Medicine of Case Western Reserve University, will moderate a press session featuring the following four abstracts at the Ernest N. Morial Convention Center in New Orleans on May 14, 2022, at 1 p.m. CT.

Uday Mann, MD, of the University of Manitoba, investigated the association between erectile dysfunction and future cardiovascular disease and found that men with ED are at a substantially higher risk for major adverse cardiac events (MACE). "Erectile Dysfunction is an Independent Risk Factor for Major Adverse Cardiovascular Events"

It is well known that erectile dysfunction is a side effect of certain medications, while its association with other drugs is less recognized. Elie Kaplan-Marans, MD, of Maimonides Medical Center, employed a national pharmacovigilance database to assess which medications most frequently associated with ED, information that men prescribed those drugs would want to know. "Medications Most Commonly Associated with Erectile Dysfunction: Evaluation of the Food and Drug Administration National Pharmacovigilance Database"

After performing the first successful penis transplant in the United States in May of 2016, a multidisciplinary team co-led by Dr. Curtis Cetrulo, Jr. and Dr. Dicken Ko, of Harvard University and Brown University, respectively, has for the first time demonstrated the physiology of the observed erectile function and the reconstitution of innervation of the allograft in this five-year patient follow up. "Erectile Function 5- Years Following Successful Penis Transplantation"

"Erectile dysfunction has substantial implications for men's overall health. These studies shed important new light on the potential causes and effects of ED. Not only can the condition have both psychological and physical health consequences, ED also provides critical signals of other serious medical conditions that may otherwise go undetected," said Dr. Bajic. "Unfortunately, despite the fact that up to 30 million men in the U.S. are affected by ED, shame and embarrassment prevent many from discussing the condition with their physicians, resulting in missed opportunities for more effective and preventive care."