Director adamant, trustees silent about closing school for kids with autism in the middle of a pandemic

TORONTO, May 13, 2021 /CNW/ - The York Region District School Board is proceeding full steam ahead with their plans to shut down Giant Steps, a school & therapy centre for kids with autism that provides a unique combination of teaching, therapy, and inclusion. 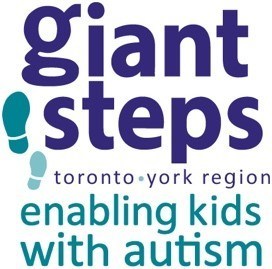 Director of Education Louise Sirisko informed Giant Steps last year of her plan to permanently discontinue their 25 year-old partnership. At the end of this school year, the kids will lose their 2 Special Education teachers and 17 Education Assistants and without their school board owned facility, Giant Steps will be homeless.

Martin Buckingham, President of Giant Steps' Board of Directors reports: "The decision came to us out of the blue. There was no study of the program or its impact, no consultation with students, families or autism professionals. Our Board, staff and families were stunned."

Buckingham goes on to say that Giant Steps' many attempts to communicate and work with the school board over the last 14 months have been fraught with delays, silence, stonewalling and referrals to lawyers. Multiple offers of participation in a mediation process, suggested by both Minister Lecce and Deputy Minister Nancy Naylor, have been rejected by Director Sirisko. The school submitted a Formal Complaint to the Board of Trustees in February which has gone unanswered.

Laurel Iacono's 12 year-old daughter Marika attends Giant Steps. Laurel is distraught and does not understand why the school board would seemingly arbitrarily withdraw services for a group of children with autism, especially now. "The combination of academics and therapies that Giant Steps provides has been life-changing for my daughter and our family. And during this pandemic, their programs are even more critical. Many kids with autism like my daughter regress at home, losing the progress they have made not only in academics but in social, behavioural and life skills. Families like mine need Giant Steps more than ever."

8 York Region MPPs, including Stephen Lecce, the Minister of Education, have written letters of concern to the Board of Trustees requesting an immediate postponement of the closure of the school during the pandemic. Those letters have gone unanswered.

Giant Steps believes the community needs to ask the York Region District School Board questions about their commitment to children with autism and their families. Students with special needs like those with autism are the most vulnerable to the isolating and damaging effects of lockdowns and limited interactions. Now is not the time to withdraw the programs they and their families depend on.

Buckingham is calling on the York Region District School Board to "stand down on their decision to close Giant Steps. Instead, we welcome working with the board and participating in a study of our unique programming for kids with autism and its impact." 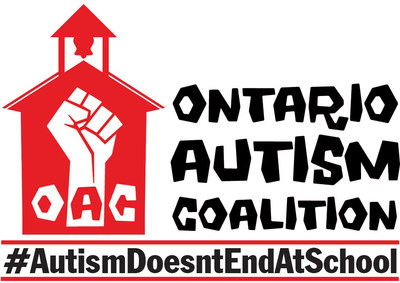